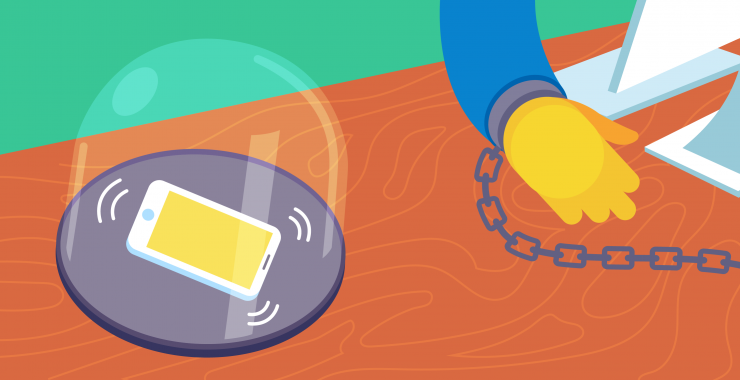 Let me ask you a question – how many times have you looked at your phone today? You most likely don’t know, but you wouldn’t be too proud of the number either if you knew the truth. Even though we think we’re not addicted to our phones, we glance at the screens on average of 80 times per day, which amounts to once every 12 minutes, or almost 30,000 times per year.

Whether it’s fear of missing out, checking out Instagram stories or work emails, we use our phones the last thing we fall asleep and the first thing when we wake up – many of us checking our phones even during sleep.

Phone addiction is real, but it’s not unbeatable. Here are the reasons why checking your phone is harmful to your productivity and health and what you can do to stop glancing at your phone so many times during the day.

Why is checking your phone all that bad?

You probably know yourself that looking at your phone screen all of the time isn’t such a great idea, and there’s a multitude of reasons. Let’s start with the most striking one – depending on when they were born, an average person will spend a staggering five years and four months of their life on social media. That number doesn’t account for other phone use, such as calls, messaging or work. Compare this with one year and one month of our total lives spent on socializing or one year and four months on exercise – not a good outlook.

Second, clinging on to our phones can bring a range of health problems, such as tension, restlessness, eye strain, neck issues, depression, sleep problems, anxiety and many, many others.

Finally, it’s been scientifically proven that cell phone use takes a major toll on productivity, especially on those who depend on phones to get their jobs done. Most interestingly, same research shows that your phone doesn’t even have to be turned on to distract you – it’s enough to be present in the same room.

Here are some of the proven ways to cut down on your phone time to become healthier, more productive and have more time to do the things you love.

Keep your phone physically away

As mentioned above, your phone will be a hazard to your productivity, no matter if your notifications or the whole device is switched off. If you don’t need your phone for work or any urgent tasks, keep it at the other end of the room, or in a separate room. Out of sight, out of mind, and you can go about your tasks without worrying about interruptions.

Track your phone use

The first step to recognizing just how much time you spend on your phone is to analyze your phone use through plain numbers. You can do this through your phone’s operating system, which will give you the bare-bone information on how much time and battery was spent on each app on your phone.

For a more detailed observation, you can install an app such as Moment, which lets you see the apps you’ve used, how much time was spent on each, as well as how many times you’ve picked up your phone and glanced at it during the day.

By analyzing your phone use patterns, you will be able to accomplish two things. First, you’ll find out you probably spend a lot more time on the phone than you anticipated, and second, you’ll find behavior patterns. If an app or process is taking too much time from your day without being productive, it’s time to decrease its use.

Do something else instead

It probably sounds too simple, but this is one of the most efficient ways to hinder your cell phone use. Instead of eliminating the habit, just replace it with something else. After all, the majority of times we check our phones is while we’re waiting for something: in the line at the store, for our food to arrive, the green light to turn on, a meeting or a class to start.

Instead of browsing your Facebook timeline, do something else. Pick up a book to read, grab the report you haven’t finished, start a conversation with a friend or colleague. That way, you won’t drop the habit but replace it with something else that will fill your day with more quality time and productivity.

How to Avoid Rushing Through Life and Stop Being in a Constant Hurry
Consume Wisely – How to Deal with Too Much Content
I Switched from 9 to 5 Job to Flexible Working Hours. Here’s What It’s Really Like

Turn off your push notifications

If you don’t want to completely turn off sounds and notifications for all your apps, you can do the next best thing. Push notifications are those that show up at the top of your screen no matter what you’re doing on your phone at the moment. While they are undoubtedly useful, you probably don’t need a reminder that someone liked your elevator selfie on Instagram as you’re browsing your daily work email.

Clean up your home screen

Humans are creatures of habit. In fact, research says that anywhere from 40 to 95% of our behavior is comprised of habits, which means that for about a half of our lives, we’re running on autopilot, which includes our phone use. Luckily, you can use this knowledge to your advantage.

Although a bit dated (from 2013), this study done by LG shows some disheartening data.

First, juggle your phone icons. If your thumb is used to finding Snapchat in the same lower right corner every time, it will instinctively go there every time you unlock your phone. More importantly, make your home screen go blank. If your most used apps are right there as the screen is unlocked, the apps are less than a second away and you’ll start them even if you don’t intend on using them. On the other hand, if you put the Twitter app on the third page of your apps, you’ll have to tap and scroll a few times to intentionally open it. While it may sound trivial, over time it can significantly reduce your time spent on the phone.

Kick your phone out of the bed

As we’ve mentioned, many people check their phones even during their sleep – whether they’re awaken by a notification or not. Needless to say, this habit is anything but good, since it’s been scientifically proven that cell phone and tablet use in bed negatively affects the length and quality of sleep. In fact, the research has found that people who used phones before bed knowingly went to sleep later, realizing they have just a few hours of shuteye ahead of them.

Start by putting your phone away from the bed and not using it right before you go to sleep. Turn your phone on silent and let it charge a few feet away or in a different room. Since you’ll probably need something to wake you up, get an actual alarm clock instead of using the app on your phone.

Although reducing the time spent with your phone may seem impossible, with a number of small changes to your everyday routine, you’ll be able to cut down on your phone use, increase your productivity, improve your health and have more time to do the things you really love.

Do you know how much time you spend on your phone every day? Have you found a way to cut down on your screen time? Do let us know in the comments, we’d love to hear your input!

Mile Živković is a content writer and work-life balance expert at Chanty – a simple and easy to use Slack alternative. When Mile isn't busy writing epic posts on productivity, work-life balance and time management for Chanty blog, he's probably driving somewhere. His hobbies include cars (huge fan of Alfa Romeo), photography and collecting pocket knives. You can catch him on LinkedIn. 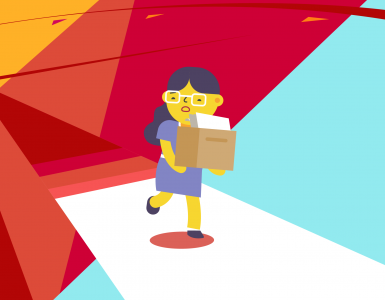 Despite all of the technological advancements, apps and productivity tips, it seems that we have less time every day and that we’re in constant hurry. On the other hand, data says otherwise, since people in developed countries have actually gained... 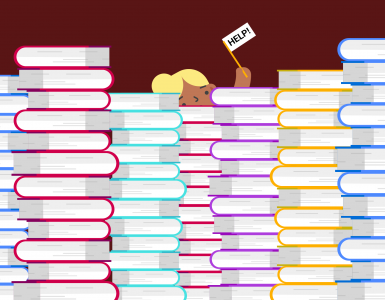 I know that a piece of content about too much content is kind of ironic, but hear me out. With every company out there putting out blog after blog, reading all the latest content seems like a chore. Good news for us writers, but if you’re trying to... 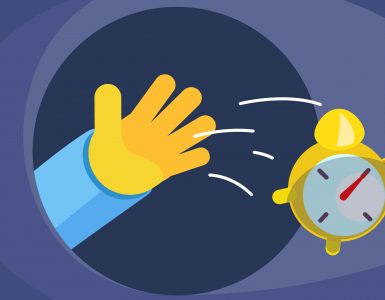 I Switched from 9 to 5 Job to Flexible Working Hours. Here’s What It’s Really Like

Sitting in the office from 9 to 5 made me sick. In the mornings, I worked quite efficiently but after 2 p.m. it was all downhill. My attention would start to scatter. I would open my Facebook Newsfeed and news websites, feeling guilty about not...

6 Tips for Lifting the Burden of Too Many Responsibilities

How to Avoid Rushing Through Life and Stop Being in a Constant ...

Over-Collaboration vs Not Enough, How to Hit the Right Balance ...

I Switched from 9 to 5 Job to Flexible Working Hours. Here’s ...