Here’s Why We Need to Give Up Multitasking 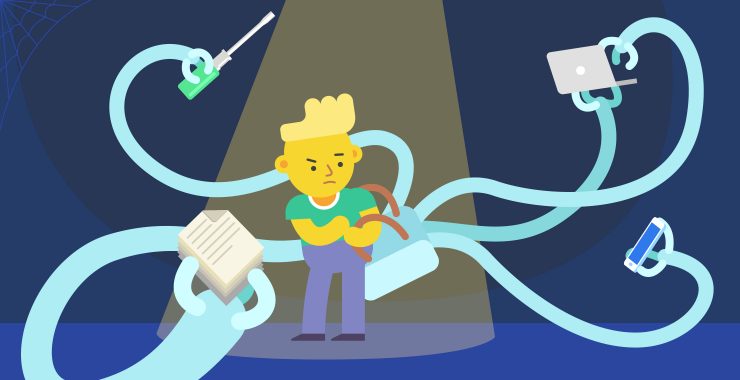 You’ve probably already heard that multitasking is inefficient and doesn’t actually save us any time. But, you probably also think that you’re different and have a higher capacity to multitask than most people. Plus, you’ve got so much going on that you need to multitask, right? Ironically, most of us believe we’re above average in our abilities to multitask, but of course, that’s just not true.

Here’s Why We Need to Give Up Multitasking

The illusion of multitasking

It’s true that multitasking can sometimes make us feel energized. Doing lots of things at once can give us a real buzz – imagine answering emails, researching data for a new project, and onboarding a team member all simultaneously! What a power trip! But unfortunately, it’s an illusion that stops us from doing our best and most important work.

How many times today have you realized that you’re not actually doing that thing you set out to do and in fact, you’ve just spent 45 minutes down another rabbit hole. Each time we have to switch contexts, there’s a cost. To us it seems like we’re just pulling ourselves back on track and asking ourselves; “now, what was I doing again?”. But this cognitive load takes time – known as the switching cost of multitasking.

The truth is that we’re not actually multitasking. In reality, we’re flipping back and forwards between tasks and each time we do this, we invoke a switching cost. Many studies have shown that on average, it takes 23 minutes to get back to our original task. Over the course of a day, that’s a lot of time!

One thing done is far better than many things half-done

Imagine you have 5 projects to do and they will each take a week of work – roughly 40 hours each. What should you do in the first week? Should you spread your 40 hours across each project and make some progress on each of them? Or should you double down and go all-in on one project? Which approach gets the best result?

If each project takes 40 hours of work to complete, the first approach would mean that after 5 weeks, you’ll simultaneously get all 5 projects finished. Great.

But if instead, you decide to focus on one project at a time, after 1 week, you’ll finish the first project. At the end of the 2nd week, you’ll finish the 2nd project. After 5 weeks, all 5 projects will be completed. So is there a difference? By taking the approach of focusing on one project at a time, the first project has was shipped 4 weeks ago, the 2nd was shipped 3 weeks ago, and so on. You’ve made a much bigger difference much earlier – and all because you’ve avoided multitasking.

Obviously this is an overly simplistic example, but hopefully, it illustrates the difference that focus can make – and that’s without taking into account the switching costs of multitasking.

The ability to focus is what separates successful people

Have you ever noticed that the most successful people tend to have highly developed skills in prioritization and focus? They don’t let the happenings of the day, or even the way they feel, take them off track. Instead, they decide what’s most important to get done that day, and then they stay focused on that thing until it’s done. Yes, sometimes this is to the detriment of many other things, but they get their most important things done – and that’s what makes them successful.

Whenever we multitask, it shows that we haven’t done the hard work of deciding what’s most important. We think we’re busy, but we’re actually being lazy by not forcing ourselves to prioritize.

Learning the skill of focus and single-tasking is something that impacts all areas of our lives – whether we’re preparing a presentation, writing an article, coding, or spending time with our loved ones. We need to accept that we simply cannot do more than one thing at once.

Fortunately, there are some simple ways to get ourselves to stop multitasking. But first…

The exception: when multitasking does work

Our brains cannot separate and divide tasks into different areas – but there is one exception to this rule. And that’s if we’re doing something that we’re very familiar with that requires a totally different area of our brain.

Usually, this means we can combine something physical with something mental. For instance:

As you can see, there are not many examples! But if you want to increase your productivity, it does pay off to plan these types of activities and achieve two things at once.

How to stop multitasking

Aside from the exceptions above, if we want to be more productive and effective in our work, our goal should be to stop multitasking. Here are three productivity tips that will make a huge difference.

Start the day knowing exactly what your priorities are. Think about what is most important to make the day successful. What could you achieve today that would make you feel like you’ve made progress?

2) Focus on ONE thing

With your trusty action list prepared, you’ve done the hard thinking about what you should do, now it’s time to actually do it. This is the time to stop questioning or going back into the decision stage. Just trust the list, and start working on your first action item!

The challenge, of course, is to focus and stay with that task until it’s done. With the internet at our fingertips, there are infinite possibilities for distraction. Not to mention colleagues or other disruptions.

Our most important work tends to be challenging in some way, so it often doesn’t take much to pull us off track. Instead, force yourself to stick with that thing and resist the urge to escape to something else.

If you’ve written your action list so that each item is relatively small, this is not so hard to do. For example, if your task is only 30 minutes long, you can tell yourself you’ll stay focused on that until it’s done. On the other hand, if you have a big task that might take several hours, you’ll be much less able to resist the temptation of distractions. So again, break your tasks into tiny pieces to help you stay focused.

3) Use breaks as rewards

Once you’ve finished the first thing on your action list, give yourself a break. Most of us can’t actually do that many hours of focused work in a day so we need to build in periods of less focused activities where we can give our attention a rest.

These breaks might be when you respond to emails, catch up on social media, watch a TED talk, or do something useful, but not too taxing. Of course, some breaks you’ll also want to get a coffee, take lunch, or maybe take a walk too.

Time-limit these breaks, so that they don’t go on forever. Then hit your next action item and stay focused on that until it’s done.

Reading or even answering one email hardly takes any time, but if you allow yourself to do this throughout the day while you try to work on your high priority tasks, you’ll find that you get a lot less done.

Instead, designate periods of time when you’ll handle email, respond to calls, invoice clients or do other small and repetitive tasks. Not only will you have much more focus and cognitive power for your important tasks, but you’ll also do these repetitive tasks much quicker too.

5) Have a productivity system you trust

Often we’re tempted to multitask when we come across something we think will be useful and we don’t want to forget about it. But if you put a system in place for recording these things – either a paper-based method or an online productivity tool, you can just record the link or idea and get back to it later.

Don’t let an email or social media post change your priorities! Develop the habit of being deliberate about how you spend your time. Trust that you can always return to whatever interrupted you if it’s really important.

If your brain feels like a browser with 37 tabs left open, there’s a good chance you need to address your multitasking habits. Instead of letting the day just happen with your attention going in all directions, try to be deliberate about what you are going to do. Then focus on getting those things done – one at a time! You’ll be amazed at the difference these strategies can make.

Fiona Adler writes about entrepreneurship at DoTheThings.com and is the founder of Actioned.com - a productivity tool for individuals and teams. With an MBA, multiple business successes, and a family living in a foreign country, she enjoys pushing the envelope to get the most out of life and loves helping others do the same. 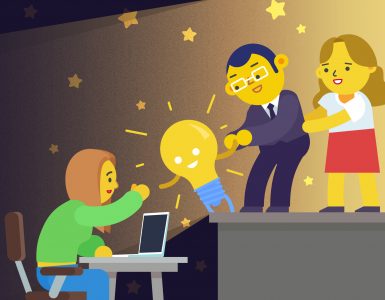 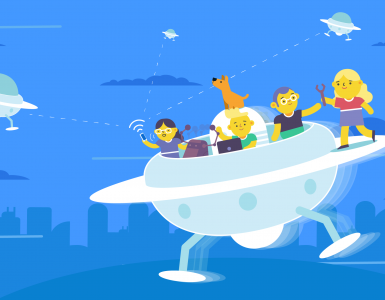 When you think about starting your own business, you have a million questions racing through your mind: How to build a team of professionals? How to launch a SaaS startup? What is my niche? How to develop a startup business plan? How to avoid...